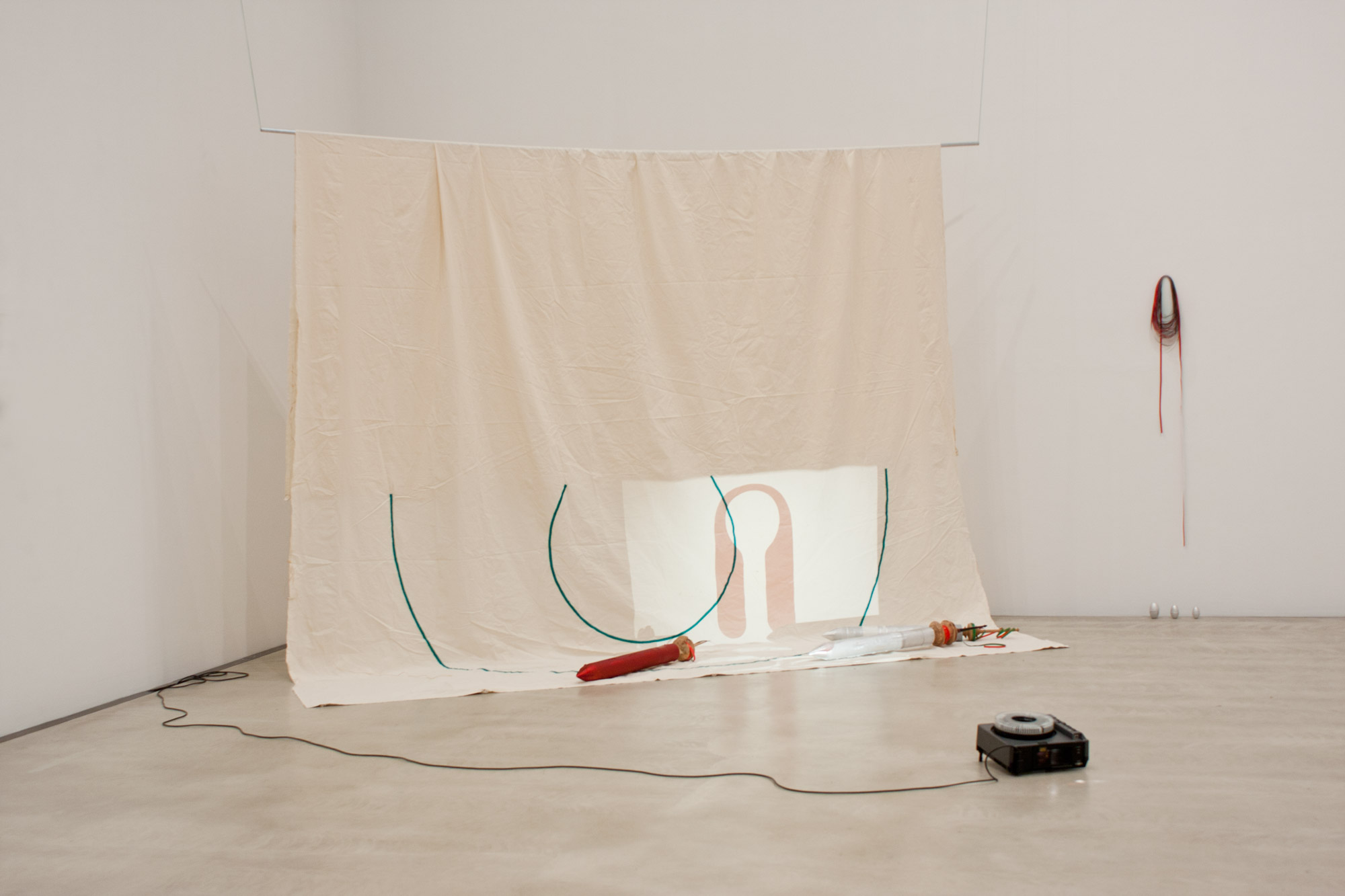 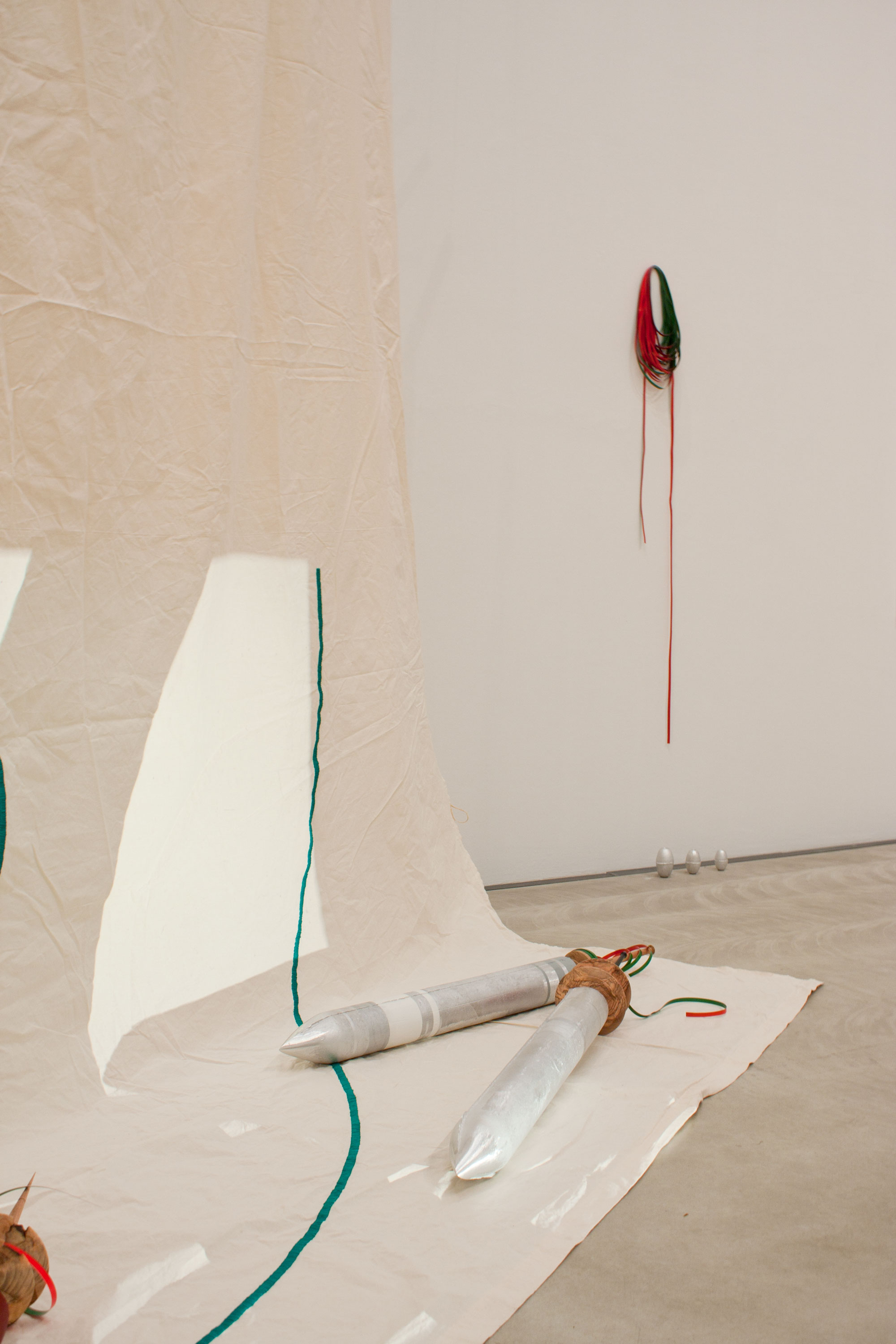 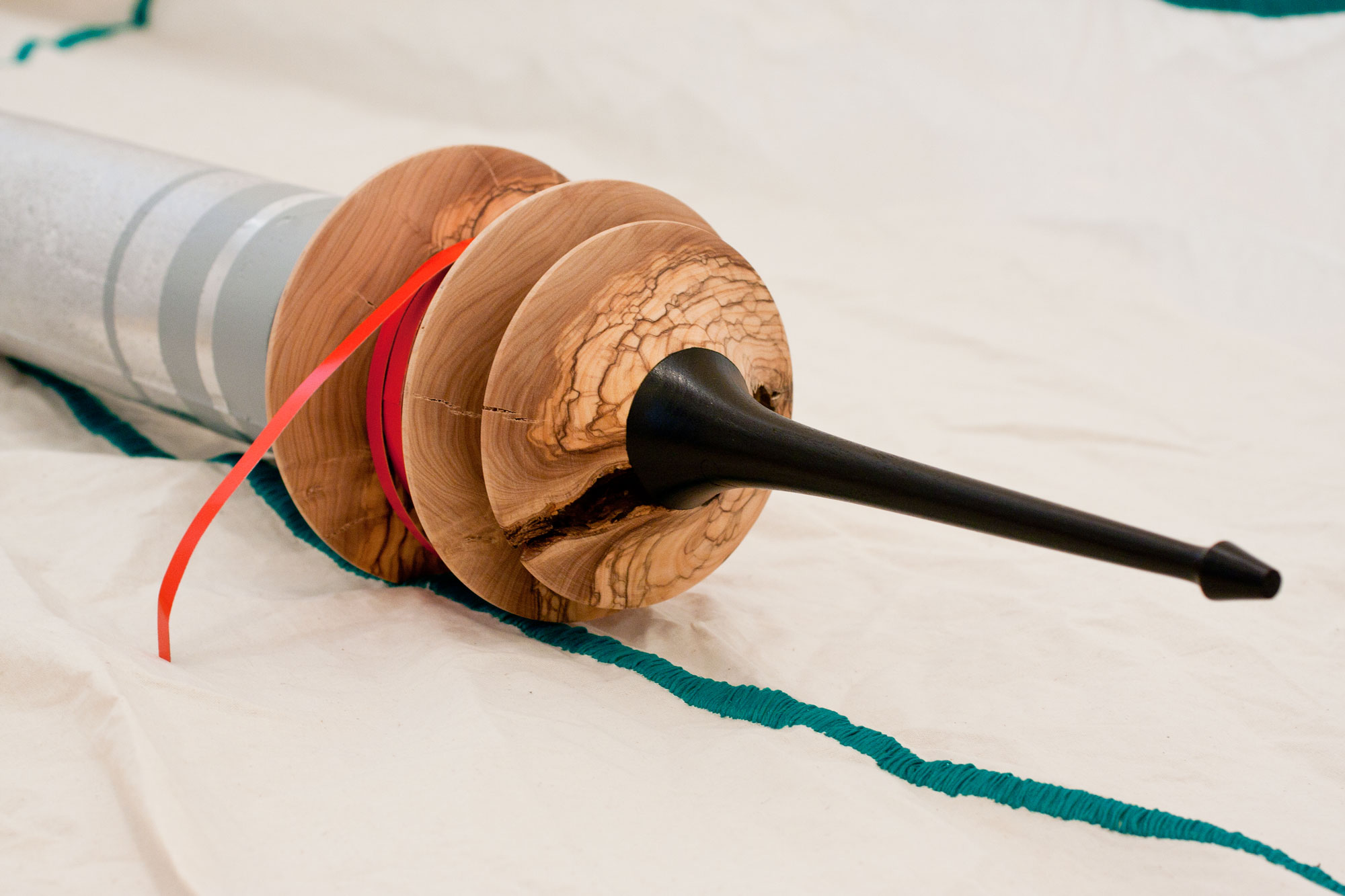 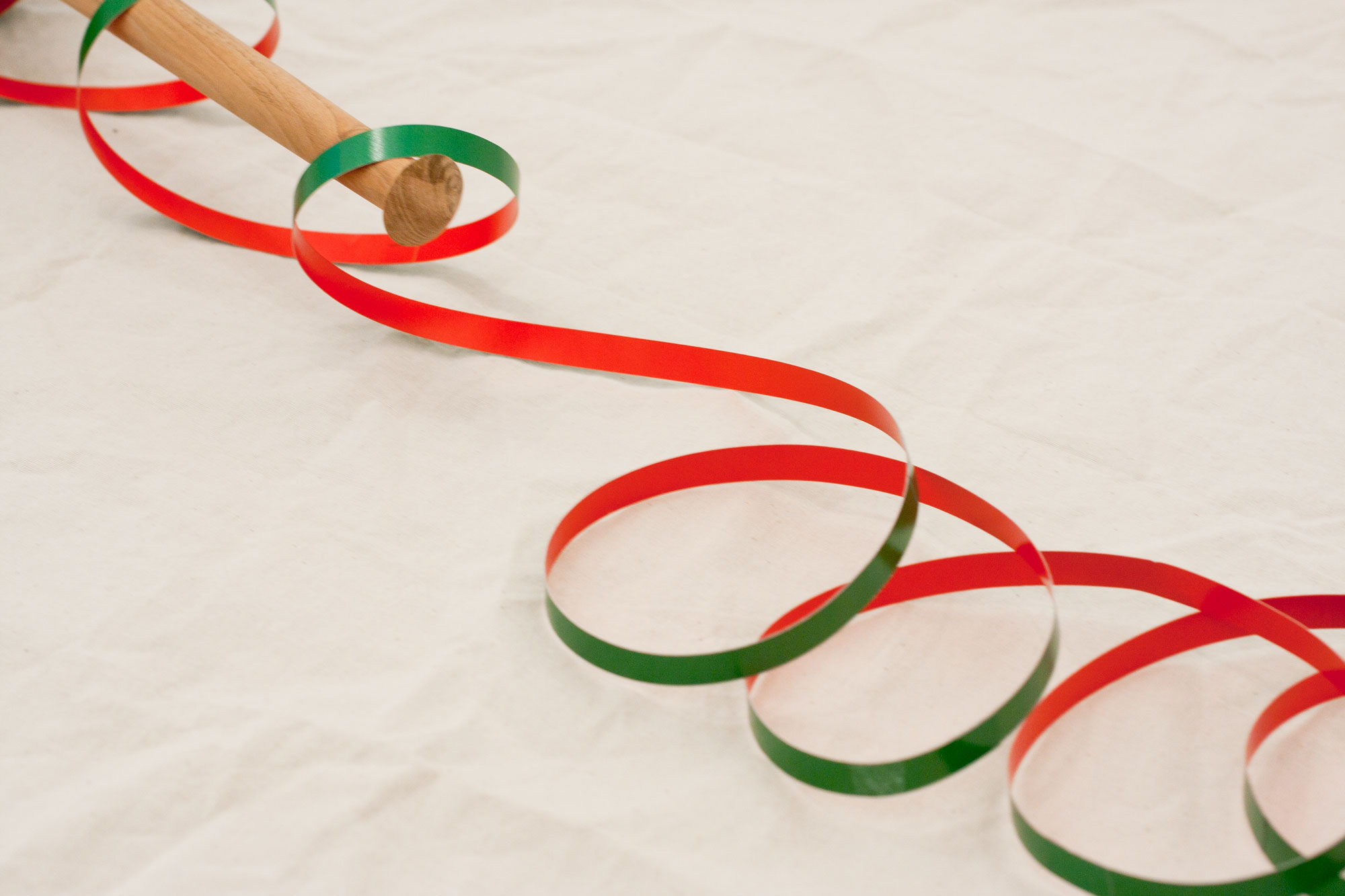 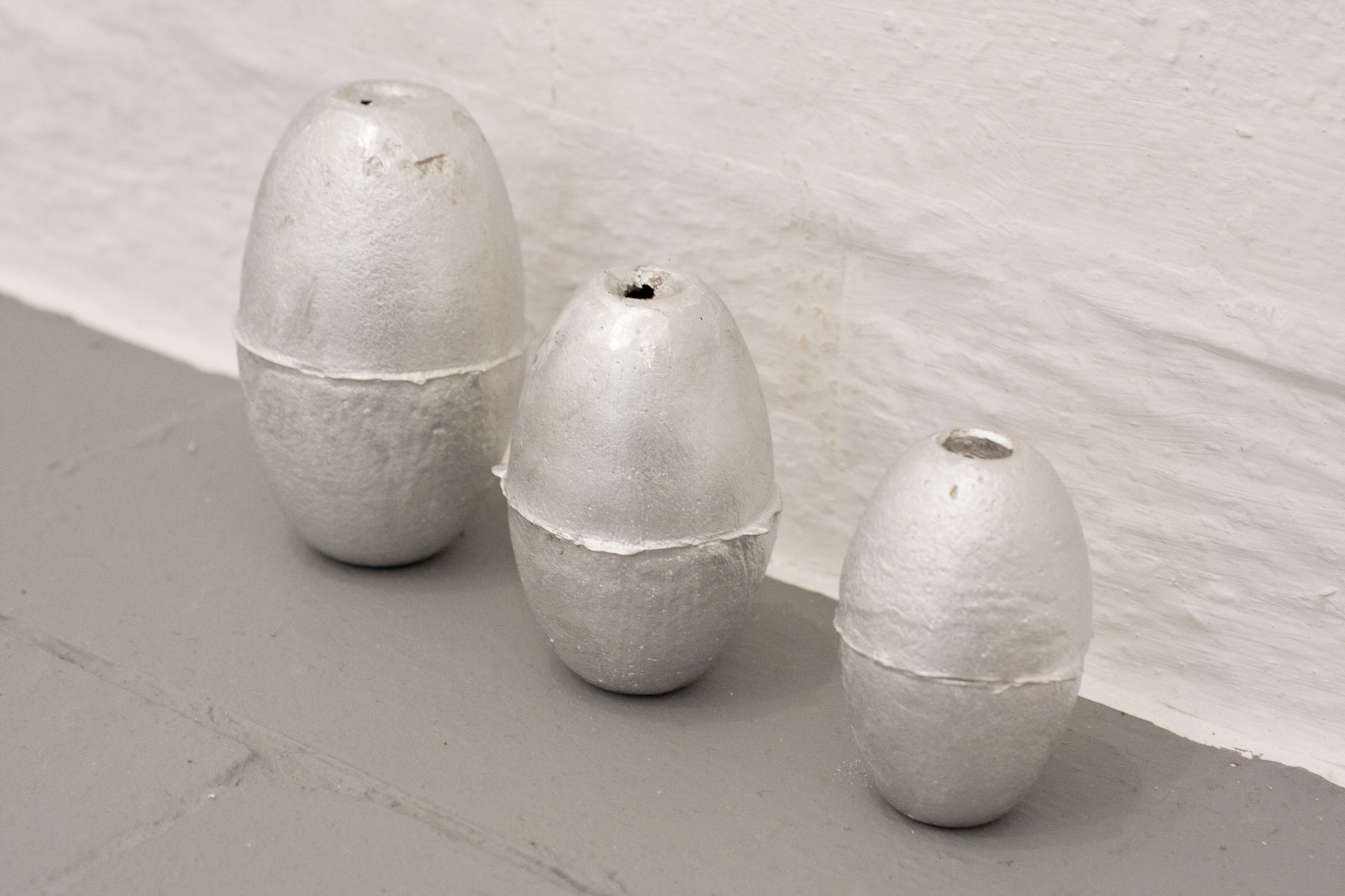 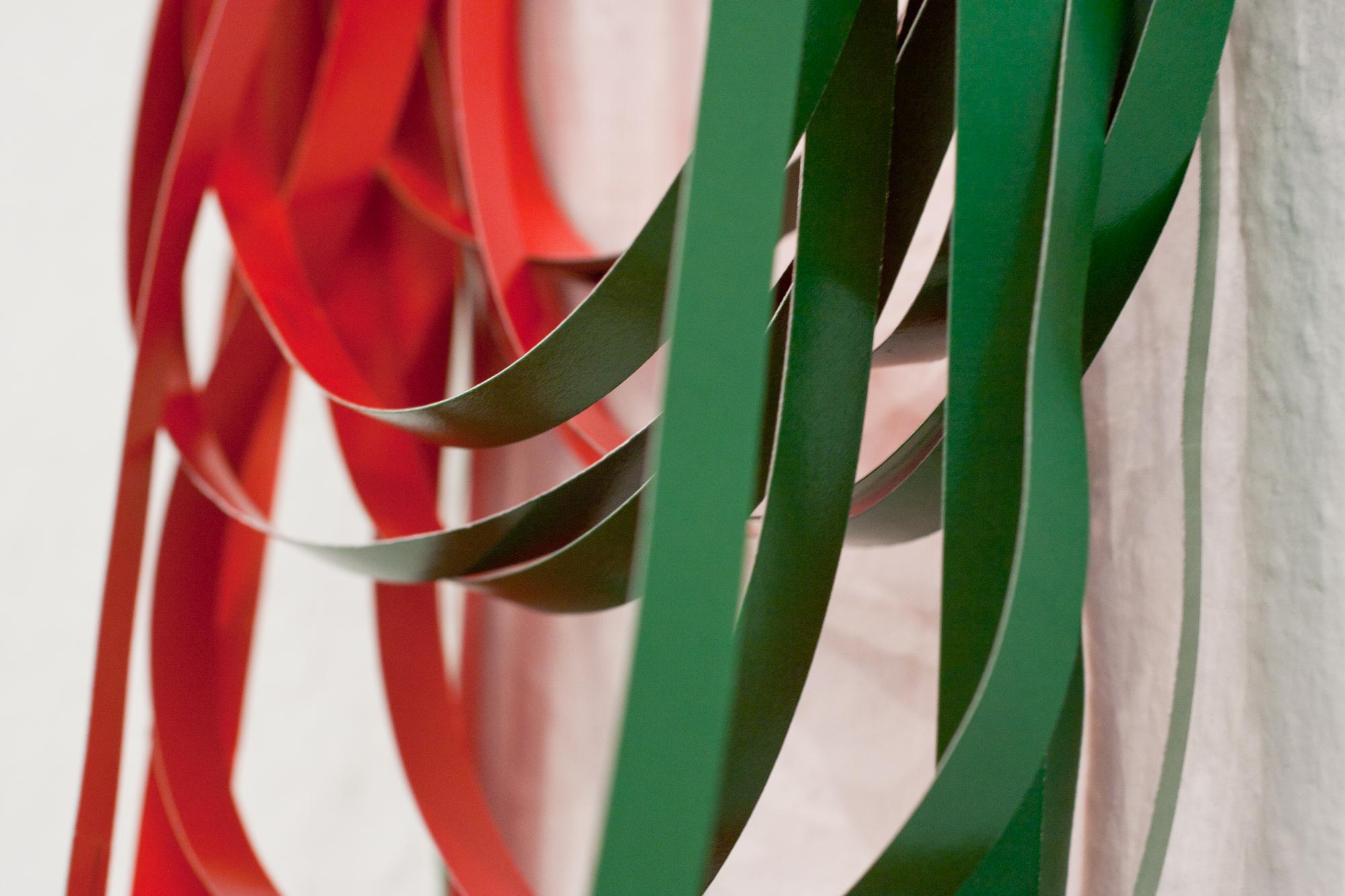 A large sailcloth is loosely draped over a five meter-long aluminum rod that is attached just below the ceiling. Hanging down on both sides of the rod, the fabric rests on the front side of the floor. On the resulting surface three torpedo-like aluminum castings are placed. These shiny objects display transparent and bright-coloured ring marks. Turned forms from selected wood form the end pieces. Narrow, solid strips of paper, printed on both sides in green and red are wound on to the wooden spindles. The ends of the paper streamers are loosely placed on the canvas. Fragments of green lines extend over the sailcloth and articulate in the form of an unknown character / sign. The lines consist of embroidered mason’s cord. Opposite the sailcloth; a slide projector is set up with round magazine on the floor. It projects a sequence of twenty slides on a small area of the fabric, particularly in the area of the lines. Also the aluminum castings and the floor are illuminated by the slide projection. The first slide shows a non-interpretable character, an icon, which also consists of a green line. The character moves like a micrograph, each subsequent slide visually closer to the viewer. The embroidered and the projected lines do overlap each other. The projected line increases gradually and finally dissolves into a bright green color field. Caused by the carousel, this sequence is repeated continuously. Three small aluminum castings are placed laterally on the floor. Over them a red-green streamer is placed loosely over a nail.